I got bored with studying for the ln(e^x+1)st exam, so I started googling my old friends from Brookline. Now, I knew that both Liam Moran and Katie Greenzang from Driscoll school had made it to Harvard, so I suspected that the two had made most of the last decade. I was not dissappointed: apparetly Liam (who I used to do short skits with in english class) is now an opera singer at the Metropolitan Opera (Boston)! And Katie (who I edited the school yearbook with) has become a doctor, publishing several papers in esteemed peer-reviewed journals, gaining research grants from Harvard and other Universities.
By comparison, if you google berti moravanszky, you get a recipe for noodles with cheese curd. I am, however, working on this issue. Meaning on becoming a valuable member of society (my gastronomical skills have already been perfected).

I hope this helps,

P.S: It was only after this post, that, paging through 100 other blogs, I came up with the FIRST RULE OF BLOGGING, or what bloggers should have the guts to think more often when weighing posting the latest creative outburst:

“…yes, but strangers don’t really care about that…”

Im sorry, I just have to quote myself: Im going to the HEC next february… turbid Seine, here we come!!

Prüfungszeit gets to you, probably like the way ‘Nam got to you, in those days. First, it probably only made you harder, but then, you know, it started messing with your mind… Thats why Im posting this right now. To prove to you that you don’t need to be pumped full of LSD to fail the creative writing competition with only one entrand called my blog.

You see, there are three types of blogs. There are those like Philippe’s, which attempt to retain high hit statistics by posting +/- useful, niche-market information. There are those that bask in the glory of exhibitionistic hedonism, like my brother‘s entry. There are travel blogs, which, if the person knows how to live, are a particularly crass undercategory of this category.
Finally, there are the rest, which overload you with the -let’s face it- rather freaky “creative” world of the suffering, yet explosively self-absorbed guy or girl making it. For the rest of us, these artist websites are about as exciting as watching a concert for cymbals and solo harp.

So now for my revolutionary concept: FUSION. That’s right. You see, in economics, we learn that with economies of scale, sometimes the sum effect of merger can be bigger than the mere addition of its parts… That’s why, from now on, as before, this site will be bringing you informative pictures of hedonistic activity with comments by an explosively creative yet – ah, you get the picture. 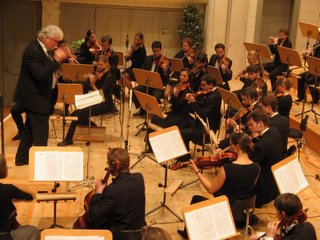 Asel gave me some pix of the AIESEC elections… 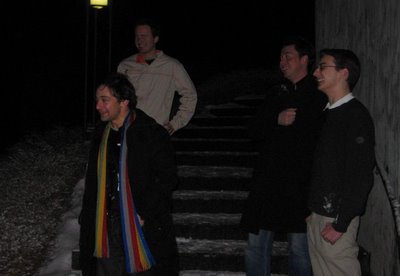 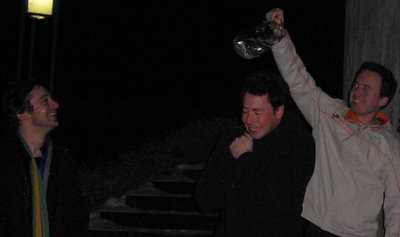 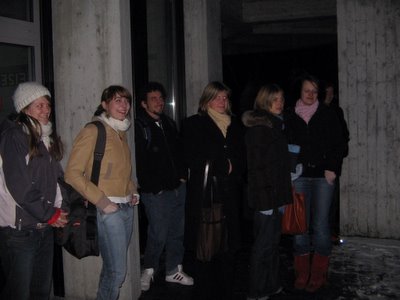 Today is my birthday. Or, that special time of the year when you’re supposed to feel happy getting older… Well you know, I did….. Yeah, when I was like, five….
So all you friends of mine who check on this blog every half an eon or so and therefore forgot all about this, rest assured that I’m not pissed at you for not having mentionend me getting older. I’m pissed at you that you didn’t get me presents…
Anyway, unlike Eminem, who wishes for “…a big enough ass… for the whole world to kiss..” [Eminem: If I had…], all I wish for is to understand Microeconomics IV by next tuesday… 😀

I just bought Philippe’s ol’ h6340 and am enjoying every minute, especially with the new GPS unit that also came with it… I went to school with it in my pocket with the lady telling me “nach möglichkeit, wenden… ” I’m like, lady, I pay you to tell me the fastest way to get from A to B, not to make far-fetched, (perhaps metaphoric, pseudo-existentialist) statements about a university that is right the heck in front of me, and let’s face it, I can also find without GPS….

I should be living less and posting more. But just try to understand… Im under considerable time pressure, and until Asel sends me the photos of the AIESEC elections, youll just have to make due with this picture of some ass.

…With a special hint and nudge-nudge to Matthias!!!